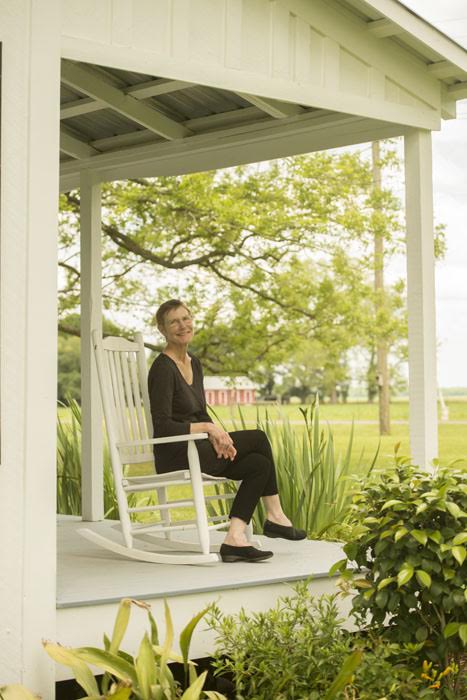 Kathryn received her BA in 1974 from the University of the South in Sewanee, Tennessee, where she majored in Fine arts and English. She has had subsequent studies at The Arkansas Arts Center in Little Rock, Arkansas, The Arts Student League of New York in New York, NY, and The New Orleans Academy of Fine Arts in New Orleans, Louisiana.


Kathryn Keller’s early work could be classified as narrative in nature, focusing on myth, family life, birth, and death. In her late forties, she began working almost exclusively from life, drawing inspiration from her surroundings, family, and location.


Over the past twenty-five years, she has focused almost exclusively on landscapes, cityscapes, and interiors, painting from life, working solely in Oil and Watercolors.


She has become well known in the south and widely collected for her beautiful oil landscapes of rural Louisiana and vibrant and colorful watercolors depicting the magical interior of various southern homes, southern landmarks, and scenes. Her work is represented by LeMieux Galleries in New Orleans and throughout Louisiana. Her work is also represented by Spalding Nix Fine Art Gallery in Atlanta and throughout Georgia. In addition to representation, Kathryn has shown throughout the south in Dallas, Texas; Louisville, Kentucky; Charlotte, North Carolina; Lafayette, Louisiana; Alexandria, Louisiana; Shreveport, Louisiana; El Dorado, Arkansas; Savannah, Georgia; and Bay St Louis, Mississippi. Kathryn’s work has also been included in shows out west in Santa Fe, New Mexico, and in the northeast in New York City.Kathryn’s work has also become of serious interest to Museums. Her work is in the permanent collections of 11 different museums.


Kathryn has an upcoming show at LeMieux Galleries in New Orleans, Louisiana, at the beginning of 2023. The show opens Saturday, January 7th 2023 and will be up until February 17th, 2023. Also, on January 7th, 2023, Kathryn’s work will be featured in a group show celebrating highlights from the permanent collection of works at the Marietta Cobb Museum in Marietta, Georgia. These shows will be followed in 2024 by a solo show of Kathryn’s work at The Morris Museum of Southern Art in Augusta, Georgia.


Kathryn presently resides in Alexandria, Louisiana, and New Orleans, Louisiana, with her husband, Scott Anderson. She has three children, Rachel, Jesse, and Hannah. Kathryn continues to paint every day from wherever she is in the world.